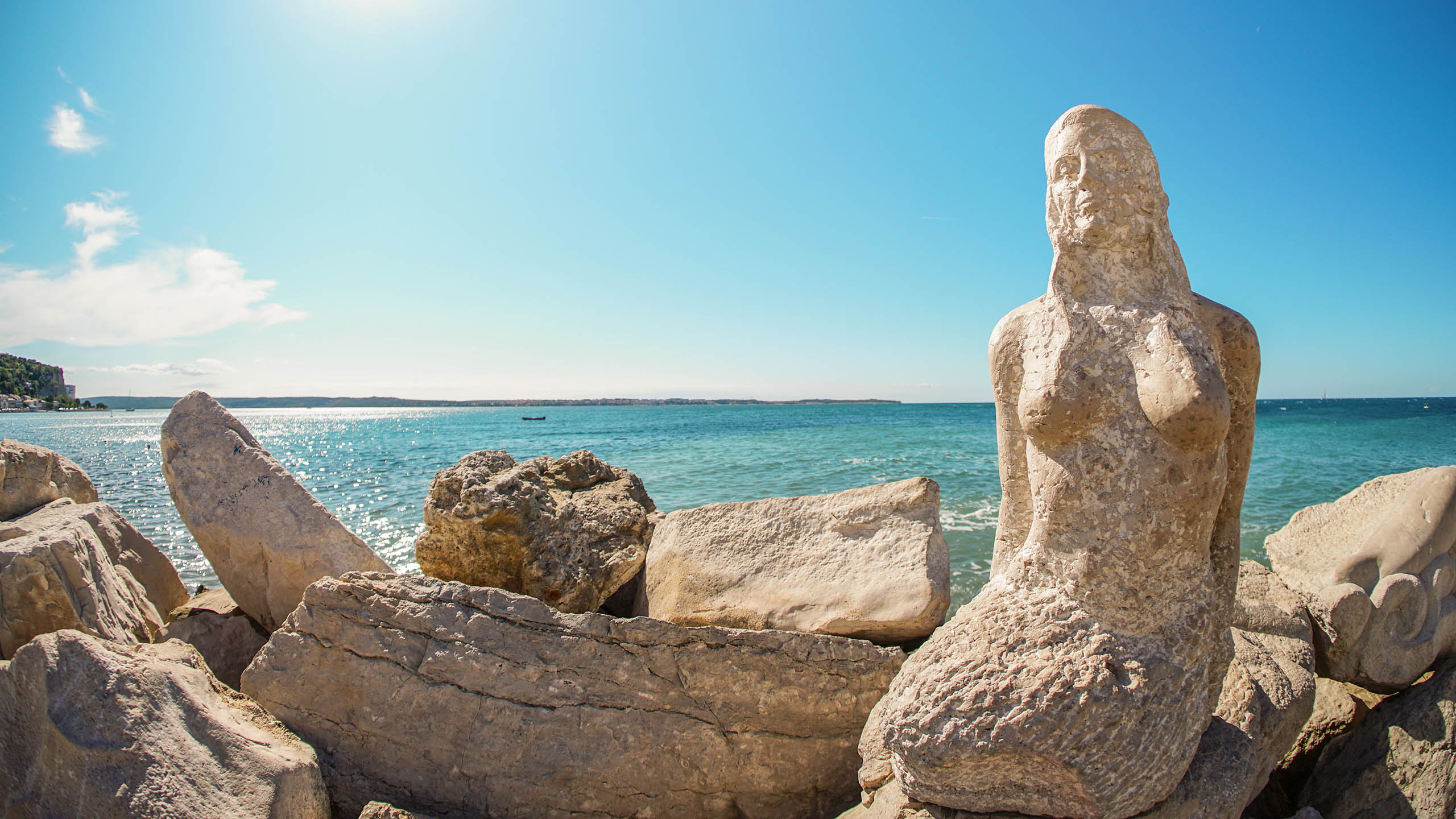 “Women shouldn’t go to sea! There’s no room for them there! A woman on board is bad luck!” These are just some of the well-established stereotypes in society. The Anglo-Saxon superstition that a woman on board brings bad luck has spread to Slovenian territories quite recently. Women’s work and presence on board were impeded by social misunderstanding and prejudices rooted globally, legal provisions and other discriminatory measures. The relationship of women with the sea has long remained limited to the role of relatives of the seafarers – i.e., mothers or daughters – or as travellers on passenger ships. The belief that being a seafarer was a rough and burdensome job that had nothing to do with the delicate female body and with women’s gentle and compassionate soul – created solely to take care of her loved ones – persisted for a long time.

The traditional belief that women are neither physically nor emotionally equal to men was the reason that prevented women from living and working on ships. By distracting the sailors, they would have annoyed the divinities of the waters, which would have sent terrible storms against the vessel. Paradoxically, it was believed that a naked woman on board was the perfect solution to calm rough seas. For this reason, figureheads – sculptures of female figures and mermaids with exposed breasts – began to be placed at the prow of ships.

There is still the belief that there is no place for women in this purely masculine environment and the idealized seafaring profession. As for the single-handed yachtswomen, they are still often considered only as adventurers who tempt fate.

Baptism of the Sea